One of the habit busters from the eight week courses I teach is rediscovering old pleasures.

So often in life we give up the things that give us pleasure to make room for work, child rearing, study or DIY projects. I often juggle all four of these competing demands on my time and sometimes have flaked out on more nurturing activities (no time for a cuppa and catch up with a friend, no time for book club, no time for yoga).

This might be quite effective as a short term strategy but actually long term it does no favours to anyone to become restricted in our activities. Research shows we need a balance and that people who simplify their lives down to the tasks they need to get through with no leisure time factored in really do suffer from burn out and lack of creativity.

Before Christmas I had the best present idea I have ever had for my husband. My present giving is often rushed and last minute and my husband has often dispatched his well meaning presents to Oxfam rather too soon. But not this year. I went off list and got everyone things I really thought they might like.

Last year my husband had driven all the way back from Scotland with a hire-car’s boot filled with his old vinyl. I was less than sympathetic (‘Really, that old junk? Where are you going to put it all?’). His entire vinyl collection got rehoused in the summer house and may well have stayed there for ever, after all he didn’t even have a record player.

Whilst Christmas shopping for the kids and my family I had a light-bulb moment. That’s it I will get him a record player for his Christmas present, I thought. The beauty of my plan was that had we bought one together there would have been months of anguish (mainly on his part) about quality, budget, output. Loads of pouring over online deals and then where to put the thing after all that agonizing?

Solo I was able to get the cutest retro one I could find, in a colour I liked but knew wouldn’t offend him either. I knew he would just be happy that it a) allowed him to play his records after nearly 20 years of languishing in a Scottish loft and b) that it was symbolic that I was accepting his ‘junk’, his records that he had driven hundreds of miles to bring home. 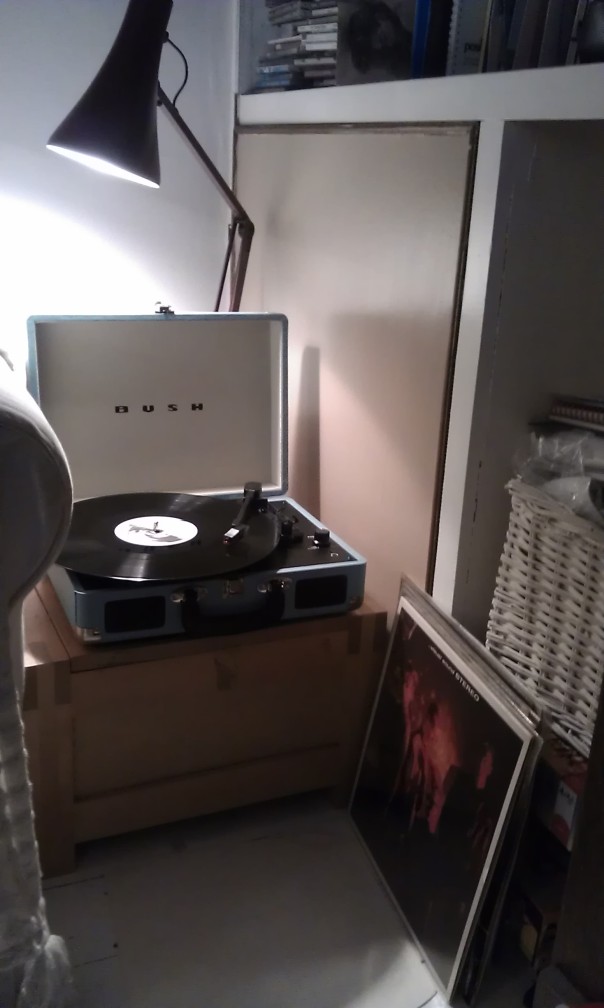 All the vinyl is now housed in the living room and I have rediscovered the beauty of vinyl that musos always wax lyrical about: the ritual of the crackling needle, the careful taking out of the paper cover. The kids were delighted and danced around whooping ‘And mummy the best bit is there are more songs! On the other side!’ We had literally blown their minds with old technology!

And this in turn has led to rediscovering another old pleasure for me – rummaging around second hand shops looking for decent vinyl. I haven’t done this for years. I made my first purchases this weekend and even found a silly record for the kids for a quid. As luck would have it I found a Billie Holiday album and an old but immaculate HMV Ella Fitzgerald album, which will be a first small step in the fight back against the rather male, white, guitar-heavy feel of my husband’s treasured record collection. 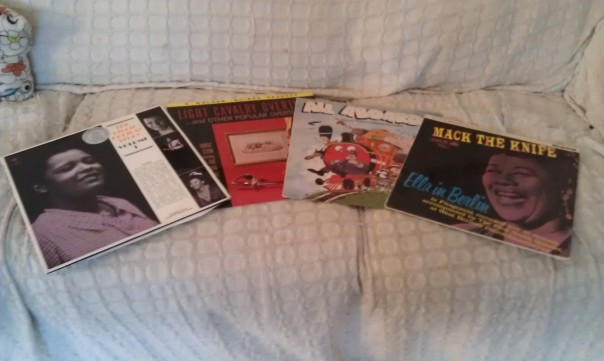